The Internet of Things, or IoT, refers to the billions of physical devices around the world that are now connected to the internet, all collecting and sharing data. Thanks to the arrival of super-cheap computer chips and the ubiquity of wireless networks, it’s possible to turn anything, from something as small as a pill to something as big as an aeroplane, into a part of the IoT. Connecting up all these different objects and adding sensors to them adds a level of digital intelligence to devices that would be otherwise dumb, enabling them to communicate real-time data without involving a human being. The Internet of Things is making the fabric of the world around us more smarter and more responsive, merging the digital and physical universes.

How big is the Internet of Things?

Big and getting bigger — there are already more connected things than people in the world.

Tech analyst company IDC predicts that in total there will be 41.6 billion connected IoT devices by 2025, or “things.” It also suggests industrial and automotive equipment represent the largest opportunity of connected “things,”, but it also sees strong adoption of smart home and wearable devices in the near term.

Another tech analyst, Gartner, predicts that the enterprise and automotive sectors will account for 5.8 billion devices this year, up almost a quarter on 2019. Utilities will be the highest user of IoT, thanks to the continuing rollout of smart meters. Security devices, in the form of intruder detection and web cameras will be the second biggest use of IoT devices. Building automation – like connected lighting – will be the fastest growing sector, followed by automotive (connected cars) and healthcare (monitoring of chronic conditions). 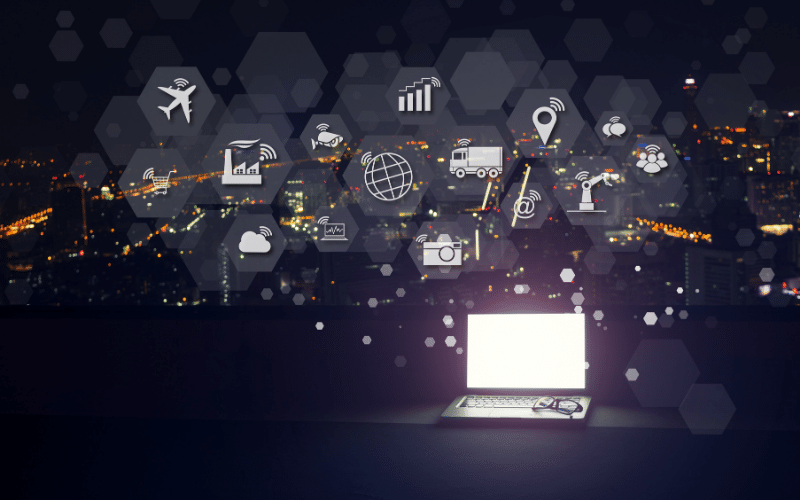 To turn the diverse and complex data in your business ecosystem into a decision-making asset, we help you fast-track your digital transformation journey. Our data management and advanced analytics experts help you transform existing data landscapes into a modernized, lean, agile, and future-ready ecosystem.

NexGen brings you the opportunity to reinvent your business strategies by integrating AI services, a library of modules to enable accelerated AI features development for your business. Spanning across the web and mobile applications, Artificial Intelligence will make your business smarter on every corner.

All of our team are fully trained, and SIA approved to protect your place of work. You needn't worry when you leave everything in our hands – we guarantee that you won't find a better company that deals with such variety in the types of security on offer and officers' reliability.

Our scalability testing service provider can be your one-stop-shop for all your needs with ease. Scalability testing can help you determine the application scale for higher loads, end-user experience, check service side degradation and robustness, check the user limit for an application, etc.

Our encryption and access control services guarantee that users are whom they say they are and have the appropriate access to company data.

A configuration management process that confirms the integrity of the product of a system before delivery.

Why Brands Choose NexGen For Internet of Things

We help brands understand the role digital can play in realizing strategic opportunities and solving real world business problems, always keeping the focus on the customer's experience and the results generated.

Using agile methodology, always keeping you in the loop. Streamlined delivery, cost effective engagements, designed to match your goals, your timeline and your budget.

Our mobile web developers create solutions that work seamlessly across all platforms and operating systems: smartphone, tablet or laptop or running iOS, Android.

Complete project visibility and multiple open lines of communication from day one. We are available when you need us and continually updating you on your project’s status.

Get Started now and be a part of our 100+ happy customer stories.

We look forward to collaborate with you and find the best solutions for your business. Get started today and let our team of highly trained professionals take care of the rest.

NexGen IOT Solutions is one of the leading IT organizations, providing cutting-edge solutions to enterprises and start-ups globally. NexGen IOT Solutions empower businesses to build new products/solutions and optimize their technology operations across different industry verticals. Headquartered in Texas (USA), we have regional offices in Canada, India, Singapore, Germany, and Australia.